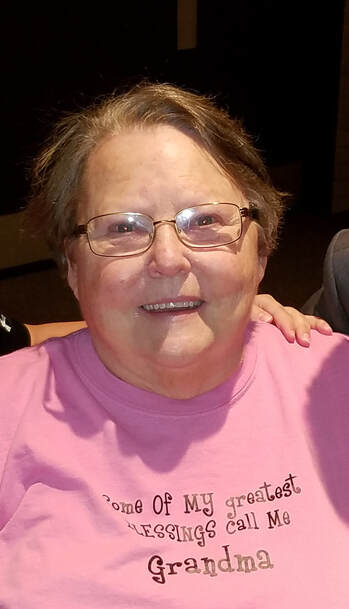 DIANA BORING
1949-2022
Diana Boring, 72, of San Felipe, Tx, was admired for her strength of character and faith in God. She went to heaven to be with her Lord and Savior Jesus Christ on Sunday, February 6, 2022 from her home surrounded by her family. The world was blessed by her arrival in March of 1949. After contributing to the local schools and community, she graduated from Sealy High School in 1967. She made an impact in many ways, including: editor of the Tiger yearbook at Sealy High, an active member of the band (participating in many competitions), as well as representing the Future Homemakers of America. After high school, she continued to make impressions at Sam Houston State University in Huntsville, Tx, where she even filled in as the first ever female Sammy the Bearkat at a campus event. With creativity beyond all imagination, Diana began working at a flower shop in Huntsville as she attended school there. Her floral expertise allowed her to work at many other floral shops in the area. She found her home at The Flower Shoppe in Katy, Tx while working with Ms. Patti Hanson. She also worked many years with her buddy Liz Cockrell. Her floral family there bloomed into what is now known as the Wildflower Bunch, whom she loved with all of her heart and soul.
Even though she never wanted any recognition, Diana made a difference wherever she went. Being married to a firefighter, Diana acted on her passion for taking care of the service heroes in many communities. She served in many capacities in the Rosenberg Fire Department Auxiliary, taking refreshments to the emergency scenes for the workers and organizing many events for the firefighters. She prayed over the Ladies Auxiliary of the State Firefighters and Fire Marshals Association of Texas in 1977 while she served as Chaplain. She was later elected to a six-year term for the Auxiliary beginning with the 4th Vice President position, rising to the position of President in 1982, and finishing her service as Immediate Past President of the Executive Board. When her daughters were in band at Sealy High School, Diana served as president of the Sealy Band Boosters. In addition to spending exhausting hours in the concession stand at football games and damp mornings cleaning up the stadium the next day, she also orchestrated the first Disneyworld trip for the band (that has since been enjoyed every four years by the Sealy High School band members). She served as Mayor of the Town of San Felipe from 1989-1997. During her time as mayor, she worked tirelessly to enrich the community and the lives of its citizens, while she also promoted the historical significance of San Felipe. She and her daughter Holly began The Good News Just Keeps Coming, a monthly Christian-based, free-reader newspaper sharing God's everyday miracles and blessings of people like you and me in Austin County and surrounding counties in 2006, which was locally hand-distributed and also mailed all over the world until 2018.
Diana is now reunited with her parents Ruby and E.N. Shorty Baxley of San Felipe, Tx, along with many other friends and family. Her children (along with grands and great-grands) were the pride and joy of her life. The legacy of Diana's passion for sharing God's love with everyone she met, her compassionate outreach to anyone in need, and joy found in all aspects of life will live on through them. Those remaining to carry on her love and dedication to others include: her daughters (with former husband Barry Wayne Boring): Heather Boring Hartt and husband Bill of San Felipe, Tx; and Holly Boring Burton (and former husband Brent Burton) of Jacksonville, Fl. Also on this team are her grandchildren: Matthew Ondruch and wife Lara of Richmond, Tx; Jacob Hartt and wife Tyler of Colorado Springs, Co; Michael Ondruch and wife Linda of Richmond, Tx; Arron Hartt and wife Kaitlin of Austin, Tx; Katie Hartt of San Felipe, Tx; Brittany Burton DeWitt and husband Jordan of Orlando, Fl; and Hadley Burton of Jacksonville, Fl. The newest crew on the legacy team are her great-grandchildren: Parker, RaynaMay, Oliver, Claire, Joey, and Duncan (fur baby). The members that were trained alongside Diana are her sisters: Sue Baxley Martinez and husband Paul of San Felipe, Tx; and Barbara Baxley Tipton and her husband Donald of San Felipe, Tx. Her legacy also continues through her nephews John Baxley, Paul Martinez, and Wesley Martinez, along with their families.
To celebrate the beautiful life of Diana, a small memorial service will be held at a future time. In lieu of flowers, please take the time to give of yourself, as Diana did; to take your parent(s) or grandparent(s) to dinner, take a meal to or spend time with a shut-in that gets no visitors, volunteer to read to visually impaired citizens in your area, assist with fundraising events for children or young adults, donate blood as often as possible, attend youth activities and games to show them continuous support, call your family members that you haven't talked to in a while, take someone to church that needs to hear of the unending love of God, etc. Live your life loving others in any way possible to share with them the unconditional love and joy that comes from Jesus Christ. If you're not familiar with what true unconditional love is, here is a lesson Diana received from Mrs. Hubbell that she repeatedly told her children and grandchildren: Always make sure your children know you love them unconditionally. And that there's nothing they can do to make you love them more and there's nothing they can do to make you love them any less. You will always love them just the same. One of her favorite scriptures was, ...go home to your friends, and tell them what wonderful things the Lord has done for you and how merciful he has been (Mark 5:19).
Powered by